Hey y’all! I hope all of you are doing fantastic this week! I’m coming into this week with a lot of perspective and a lot of gratitude, if you will. The weather over here is finally getting warmer and sunnier which only means one thing… SPRING IS HERE! The last couple of weeks in the semester are really wearing on me, as I have final projects and exams coming up, but there’s nothing I can’t handle, I GOT THISSSS!

Why does it matter?

When you approach things from a loving and understanding perspective–whether that be in a discussion with your parents or your friends–you not only give yourself a chance to show your interest or knowledge in a subject, but you also allow the other person to talk.

Instead of getting on the defensive and going off at anyone who doesn’t understand, what you’re doing is finding a common ground between both parties.

Regardless of what the argument is about, it matters how you go about the conflict. How you decide to react to what they tell you, says a lot about your character.

If you’re going to go off on anyone who doesn’t see things the way you see them, it’s only going to make things worse and you’re going to look like the asshole in the situation, as well.

Whereas if you take a step back and focus on understanding where they are coming from, you learn something new about them and you can respond in such a way that isn’t an attack on them. This is very important because you are learning to take a step back from your views and most of all, listen to what the other person is saying.

Many times, we look to fight with people, regardless of their views. And that’s not okay. Creating a hostile conversation, further creates a rift in many relationships.

And no one wants that.

How can you do it?

“I understand”, “I appreciate and value you in my life”, “I see what you are saying”, etc. followed by what you understand or what you intend on saying.

If they directly attack you with words and you respond with nothing but love and understanding, you win more than just the argument… You give the other person a chance to see your true colors and understand you. And that’s a big win!

I get that it’s hard, but once you learn how to do this, you’ll be so shocked and wonder why you haven’t done this sooner!

How this approach has helped me.

So, I would always characterize myself as someone who didn’t do well with confrontation, but if I needed to fight, I would.

But the problem arose whenever I was in the conflict and there came a point where I had to back up my claims. A lot of times, I would either choose the petty and immature route or go straight to attacking them. Although I was right in expressing my feelings, I didn’t go about the conflicts the way I should’ve.

At the time, I didn’t know what I was doing wrong. I thought that by taking the petty route, in most cases, would help me win my arguments against people. I also thought that going out of my way and expressing my anger at them was the best course of action, even if it meant that I attacked them for things they should’ve been doing…

However, I had a friend take me aside and basically taught me that if I just approached situations with love and understanding (like learning to listen and take a step back to understand why I feel a certain way), I could avoid conflict before it became a huge, drawn out thing.

It’s helped me strengthen my relationships with the people in my life, as well. Now I know how to approach conflicts without making people feel attacked and without hurting feelings. Before I even have a conflict, I often take a step back from the emotions I have, then look to understand myself and what is bothering me.

Once that is done, I feel better and equipped to deal with the situation head on.

Through this, I am able to come to an understanding with the other person; they understand me and I understand them. I’m able to have peace within myself, in the process.

Some people will end up surprising you. Some will not just understand, but they’ll respect the way you see things. In other cases, people will probably take your ideas into thought and may even agree with you!

Whatever you decide to do, just be kind and the rest will follow. 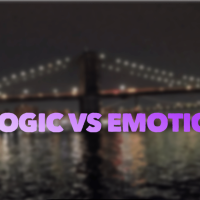 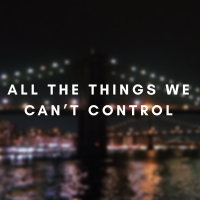 Catch Up on All of My Adventures on Instagram!